Every generation brings something new to the workplace.

Born in 1997, the youngest members of Generation Z have recently begun entering the workforce. Although we don’t know yet exactly how big that generation will be (demographers haven’t yet established its endpoint), odds are good that it will wind up being a pretty large size, perhaps even bigger than preceding generations. Current estimates place it around 60 million strong (which is about 1 million larger than the Millennial generation that preceded it).

What do we know about Generation Z? 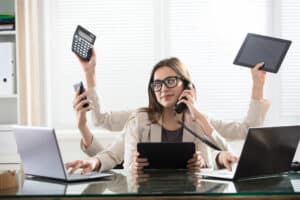 For starters, this is the most ethnically diverse U.S. generation ever. As the first group to grow up as true digital natives, the members of Generation Z know how to multitask across five different types of screens (“smartphones, TVs, laptops, desktops, and tablets”), sometimes all at once! At the same time, though, their short attention spans can make it difficult to reach them. And after watching their Millennial predecessors struggle to pay off student loans, they list college debt as one of their major concerns. Add to that the fact that 85 percent of this generation places a high value on savings, and you’ve got a group that is very worried indeed about money. 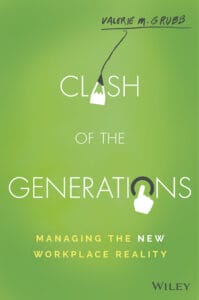 Each generation has its own interests and needs in the workplace, and it’s important that companies learn how to negotiate them. Not only must managers try to build a harmonious relationship between the organization and each generation, but they must also work to build positive relationships among the different generations who work alongside each other. In today’s business environment, these two tasks are critical to any company’s success. (In fact, the effective management of different generations in the workplace so important that I wrote an entire book on this topic!)

What do the members of Generation Z want? 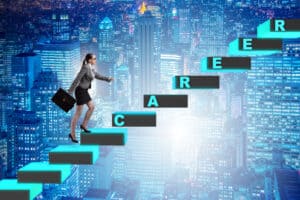 First, they want more than just jobs that pay bills—they want careers with long-term potential. In one extensive Robert Half survey about Generation Z’s career goals, when asked to describe what they plan (or hope) to be doing just a few years after graduation, about one-third of respondents said they “expect to be managing or supervising employees in a corporate environment,” about one-quarter reported that they “expect to be working their way up the corporate ladder, though not yet among the management ranks,” and about one-fifth “want to start their own businesses.”

A treadmill to nowhere is out of the question for these new employees. They expect to be going places! They don’t expect success to be handed to them, though: almost 80 percent of them anticipate that they will “work harder than previous generations to have a satisfying and fulfilling career.”

When asked what they most wanted from a full-time job, after “opportunities for career growth” (64 percent), the survey respondents replied “generous pay” (44 percent) and “making a difference or having a positive impact on society” (40 percent). Sure, everyone wants money (that is, after all, the primary reason most people get jobs in the first place), so the interest in “generous pay” comes as no surprise. As they came of age, the members of Generation Z witnessed the Millennials’ financial insecurity and do not want to experience it for themselves. 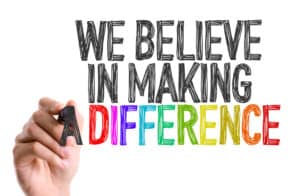 A desire to “make a difference,” though, arises in part from Generation Z’s demographic profile. Its own diversity as a group gives Generation Z a strong interest in working for companies that exhibit diversity in multiple dimensions and support “inclusion across race, gender, and religious orientation.” The members of Generation Z want their paychecks, but upwards of 80 percent of them are willing to seek those paychecks elsewhere if their employers lack the ethics and values that they expect.

How can companies appeal to Generation Z?

First, offer Generation Z candidates the career opportunities, lucrative salaries (as best you can), and sense of purpose that they crave. When survey after survey reveals that this is what they value, take that information seriously! 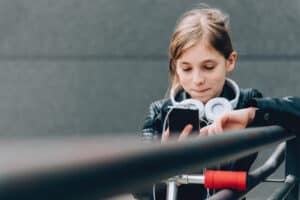 Organizations that want to connect with Generation Z also need to understand that group’s communication preferences. Remember, for nearly their entire lives most of these people have been communicating and receiving information via screens. They are particularly comfortable with their mobile devices, where “more than half of Generation Z spends more than 6 hours a day”! In fact, they are actually quite dependent on their devices, and in one study “nearly 80 percent [of Generation Z reported] feeling distress when kept away from personal electronic devices.”

The members of Generation Z communicate constantly via digital means, especially social media. Marketers have long realized the importance of reaching out to this group where they already spend much of their time—on social media—in order to tap into their impressive spending power. Managers and recruiters are finally starting to leverage social media to reach out to Generation Z as potential employees, rather than primarily as consumers.

Lastly, managers who want to integrate Generation Z effectively into their organizations need to be open minded and embrace differences.

In a multigenerational workplace, good leaders find a way to let every generation be heard—and the most successful leaders recognize that no one generation has all the answers.

Unless you’ve figured out a way to make older generations stop aging and retiring out of the workforce, you’d better start figuring how to work with Generation Z. Not only are those workers starting to enter the workforce, but their numbers there will do nothing but grow for the foreseeable future. If you’re feeling a bit uncertain about how to adapt to this change, don’t worry. Previous generations managed to adjust when newcomers (such as your own generation) arrived on the scene—and you’ll be able to do the same!

This site uses Akismet to reduce spam. Learn how your comment data is processed.

Attendees can click here to obtain copies of worksheets, exercises and other materials from class.